There are three key issues in the health care debate that often go unquestioned, and when they are questioned, they are evaded, ignored, or dismissed. The first is the notion that “the profits of health care providers” is somehow wrong. The second is “the right to health care”. The third, which is almost never considered, is the rights of providers. 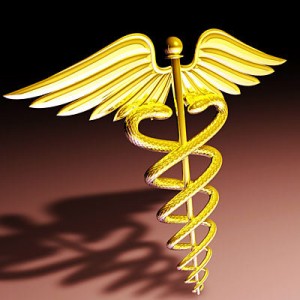 Common understanding has it that doctors, insurers, and pharmaceutical companies make “excessive profits”, and “money off other people’s misfortune, misery, and sickness”. These claims are totally unjustified. “Making money off people’s misery” implies that medical providers are making people sick, when they are in fact improving people’s health. This claim is the logical equivalent of a farmer “making a profit off someone’s hunger” or an architect “making a profit off someone’s homelessness”. The fact is that all of these people work to give us longer, happier, and more fulfilling lives. Fundamentally, profits indicate value added, the contribution made to human life. A person who makes no profits would be producing wealth and consuming it at the same rate; not only would his standard of living stagnate, he would lose permanently his time and effort. The truth is that human beings cannot exist without profiting on their capital and labor. As George Will stated on This Week regarding pharmaceutical companies making profits, “Good! They should be!”

Furthermore, criticisms of profit ignore that every person has an opportunity cost: every person’s time, effort, and money has an alternative use. If there were no profits in insurance or medicine, there would be no one to provide these valuable services, for the simple reason that they would do better to work in another field. High rates of profit are inducements for people to undertake risky, long term investments. Pharmaceutical companies spend hundreds of millions of dollars and about ten years to certify one drug. Before that can be done, they must explore tens or hundreds of other compounds for effectiveness and safety. Due to the time and risk involved, relatively high rates of profits for some drugs is necessary to compensate pharmaceutical companies for the losses on their research, development, and certification.

Besides, why should insurance companies, pharmaceutical developers, or doctors be any less entitled to profits than farmers, authors, or software developers? Assuming transactions occur in a free market (meaning no one can be forced to buy or sell anything against their wishes), a company’s profits mean that it is producing goods that people want, at prices they are willing to pay. In a free market, if a product is too expensive, consumers can go elsewhere, or refuse to buy the product. Profits can only be a problem in cases where people are not able to make their own spending choices, such as when there are government mandates that everyone must buy a particular product.

Reformers often claim that people have a “right” to health care. But rights are sanctions on freedom of action, not on material goods. The right to property does not mean someone must be provided with property, it means the property is his to keep once he earns it. The right to life does not mean that someone must be furnished with the necessities of life; it means that he is free to obtain and keep them. There is no right to the life or property of another person, except to the extent that they voluntarily agree. Health care cannot be a “right”. To do so sets up a conflict in which one person’s right to health care conflicts with another’s right to life, whether the doctor’s time and effort, a neighbor’s wealth, or an insurer’s freedom of contract. The “right to health care”, properly understood, is only a small part of the broader right to free trade – the right to trade our wealth and effort with others on mutually agreeable terms.

Some try to evade this moral issue by simply requiring that each person pay for his health care. That would be fine, except that t operates on the premise that health care is an absolutely necessary expense in all cases, one that supersedes all others. Asserting that no one should have to choose between utility bills and medical bills, they make the choice for him, by mandating that he pay for health insurance or care. The reality is that the world has limited resources, and people must economize in all purchasing decisions, even health care. That means prioritizing needs, including putting non-medical goods and services ahead of health care when the situation calls for it. Part of freedom to choose means the ability to choose (and pay for) nothing, when that is appropriate.

Still, some are still convinced that funding health care is a moral obligation that justifies force, if necessary, to get third parties to reject economic realities and pay. Theirs is a benevolent dictatorship, but a dictatorship nonetheless. The implications of this are far more than an economically inefficient health care system. It would demand treating others as rights-less beasts of burden, with no claim on their lives, time, or wealth. What could one possibly expect society to look like where every person is either a threat to one’s life or a potential victim from which to expropriate wealth? Should we force some to pay for others, or force some to work for others? In other words, should we condemn some to serfdom, others to slavery, in the name of brotherly love?

Furthermore, paying for others through taxes leaves no room for justice. It makes “need”, as such, a claim on the lives of others. Regardless of the ailment, the person, or their actions, their need becomes a mortgage on the lives of everyone around them. If one wishes to help others but leave room for freedom and justice, one ought to support voluntary charity, not coercive government. The money spent on charity is spent only to the extent that people recognize both a need and their willingness and ability to pay for it, meaning it is non-sacrificial. People voluntarily give up their property for values they perceive are higher, whether their particular neighbors or the abstract values of community and goodwill towards man; they are not forcibly deprived of property they cannot afford to lose, for the benefit of individuals and objectives they disagree with, as in government provision of services. There is no question of whether someone deserves help or not, and the bonds of community are strengthened by this local, personal attention rather than a centralized, impersonal bureaucracy. Plus, the additional oversight makes each dollar less wasteful, as people who donate to charitable causes want to see their money having maximal effect. To those who say voluntary charity cannot be sufficient: a majority of voters must support an action before it can be implemented politically, and this by itself suggests that a majority would be willing to help others voluntarily.

If reformers place any value on freedom or individual rights, they must honor these principles. If they do not, they risk
sacrificing their health care along with their liberty.