Since February of 2009, a fight has been brewing in Sacramento and across the state over the matter of SB 572, a bill which seeks to establish an annual commemoration of the nation’s first openly gay politician, Harvey Milk, in California public schools. The bill was authored by State Senator Mark Leno (D-SD 3), who represents Marin County and portions of San Francisco and Sonoma counties in the state capitol. SB 572 calls for “exercises remembering the life of Harvey Milk, recognizing his accomplishments, and familiarizing pupils with the contributions he made to this state.” 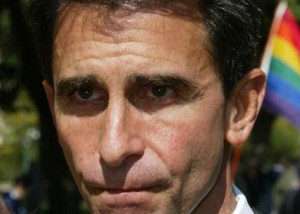 Senator Leno, who takes pride in being the first openly gay man to serve in the state senate, may be referring to Milk’s perceived legacy as a trailblazer and martyr of the LGBT movement. Milk shattered a perceived barrier for gays, becoming the first openly gay politician elected in the United States. In November of 1978, former Supervisor Dan White assassinated both Milk and Mayor George Moscone.

Milk’s instantaneous martyr status spurred San Francisco’s gay community to “come out,” but in a manner that was less than peaceful. In May of 1979, White was sentenced for the voluntary manslaughter of both Milk and Moscone. Homosexual activists, who had deemed the sentencing as discriminatory and overly lenient, took to the streets of San Francisco and initiated the violence now known as the “White Night Riots.” This vigilante reaction caused the city hundreds of thousands of dollars worth of damage, as well as various injuries to both police officers and rioters. Similar forms of hostility reemerged in 2008, when supporters of Proposition 8 became the victims of vandalism and verbal and physical abuse at the hands of gay activists. Perhaps in Leno’s mind, this sort of aggressive lawlessness constitutes a legacy worth celebrating. 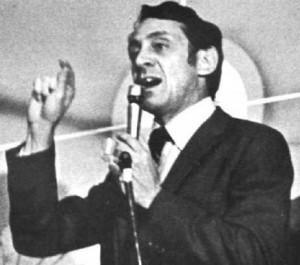 But what about Harvey Milk himself – are his deeds worth emulating? Here’s a sampling of some of his lesser known actions:

• Milk was a sexual predator of minors. At age 33, Harvey Milk had an ongoing homosexual relationship with an adolescent named Jack McKinley: “…sixteen-year-old old McKinley was looking for some kind of father figure…within a few weeks, McKinley moved into Harvey Milk’s Upper West Side apartment and settled into a middle class domestic marriage. At thirty-three, Milk was launching a new life, though he could hardly have imagined the unlikely direction toward which his new lover would pull him” (Source: Randy Shilts, The Mayor of Castro Street, pp. 30-31).

• After Milk and McKinley’s relationship had ended, Milk coldly dismissed a suicide threat from his former lover: “…the phone rang. As soon as Harvey heard the voice, he rolled his eyes impatiently at Jim. ‘It’s Jack McKinley,’ he said. He paused and listened further. ‘He says he’s going to kill himself.’…‘Tell him not to make a mess,’ Harvey deadpanned. Jack hung up” (Source: Randy Shilts, The Mayor of Castro Street, p. 126).

Milk advocated having several uncommitted sexual relationships at the same time, saying, “As homosexuals, we can’t depend on the heterosexual model. We should be developing our own life-style. There’s no reason why you can’t love more than one person at a time” (Source: Randy Shilts, The Mayor of Castro Street, p. 237-238).

• Milk publicly lied about his military career for many years: “He had not suffered this disgrace, he told a later campaign manager, but he knew the story would make good copy. If anyone said something to Harvey about his fondness for such stunts, he would gesture wildly as he launched into a lecture. ‘Symbols, symbols, symbols,’ he insisted. Sure, he had not been kicked out of the military…The point of the story was to let people know that service people routinely do get kicked out. Besides, he once confided, ‘Maybe people will read it, feel sorry for me, and then vote for me’” (Randy Shilts, The Mayor of Castro Street, p. 78-79).

This is the gritty truth of the man who Senator Leno would like to have glorified before California’s schoolchildren. What’s worse is that schools would be encouraged to adopt “Harvey Milk Day” into their curriculum every May 22 (Milk’s birthday) without parental consent. Parents may then have to choose between having their children miss a complete day of education or have them forced to sit through indoctrination that goes against the family’s moral values. In this way, we will continue to see the erosion of parents’ rights to be the primary educators of their children in all matters, especially those pertaining to the instillation of morality. We must ask ourselves whether Sacramento politicians want the public education system to be a partner with parents in creating the next generation of an educated and well-prepared America, or if they seek to have the system compete with parents by exposing children to a controversial social agenda that may be against a family’s core beliefs.

Though Gov. Schwarzenegger had already vetoed this same legislation in October of 2008, Senator Leno has proved to be determined enough to push on until California students are subjected to learn about this hero of the gay community. If Harvey Milk is a “hero”, one can only hope that pedophilia, lying in order to get ahead, indifference in the face of tragic death, and misrepresentations of character will not become the newest “virtues.” 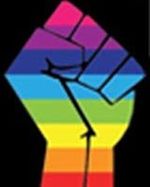