Many believe the US health care system is reaching a breaking point. They point to some alarming statistics. Costs are spiraling out of control, while countries with government-run health care have far lower costs. Despite this, United States health statistics are worse than most developed countries – higher infant mortality, greater obesity, lower life expectancies. We have high numbers of uninsured citizens. Media frequently reports the tragic story of citizens who have lost both their health insurance and jobs at the same time, leaving them with no way to pay for medical care. These details paint a dramatic picture illustrating the need to overhaul our health care system. But should we take all this at face value and rush to “reform” health care? Ultimately, would-be reformers are creating a false crisis to pressure citizens and their Representatives to support “something” to fix the problems. The language used in the debate is extremely misleading – it either reflects the intellectual imprecision with which reformers rush to fix problems, or is deliberately calculated to deceive the public.

Quality of care is often equated with outcomes. While the United States does have higher infant mortality, we also have higher rates of teen pregnancies; infants born of teenagers are far more likely to die than the general infant population. Similarly, our lower life expectancies are confounded by both our higher murder rate and our very different lifestyle choices, such as diet, drug consumption, and exercise. These variables are related to our criminal justice system or our personal values, not our policy decisions or the effectiveness of our doctors. If actual care, rather than general outcomes, is compared to other countries, the US is superior in terms of average waiting times, availability of treatments, cancer survival rates, proper and early diagnoses, and lost productivity.

Nor are costs lower in countries that have nationalized their health care. While the US does spend an extremely large amount on health care, we are not terribly far out of line with other countries, according to the economic literature. Goodman et al. reported that economic research often comes to the opposite conclusion. Other countries hide their costs by “suppressing provider incomes” (which creates shortages), and accounting for overhead and capital costs differently; “even when harmonized, the choice of a price adjustment method can alter hospital cost estimates by as much as 400%”. Much economic literature indicates that government provision of health care is not more efficient than the private system. Some thirty years ago, Nobel Laureate Milton Friedman and his wife Rose addressed that false claim in their book Free to Choose: “[The argument that government medical care is efficient] can be dismissed out of hand…As to [the claim that medical expenses are too high for ordinary Americans], the people of the country must pay the costs one way or another; the only question is whether they pay them directly on their own behalf, or indirectly through the mediation of government bureaucrats who will subtract a substantial slice for their own salaries and expenses.”

Then there is the oft-cited number of uninsured Americans, 47 million. First, it confuses health care with health insurance. As an analogy, health care is an auto mechanic while health insurance is auto insurance – the insurance is a financial product aimed at making the care more affordable, but is not care itself. Describing problems with health care by means of number on health insurance is inappropriate – though there certainly is a problem in how we finance health care that could be addressed. The second point of contention is the number itself. Derived from the Census, this number refers to the number uninsured at any one time, not the number chronically uninsured. Since most people get their insurance through their employers, this suggests that the problem is not the unavailability of insurance, but rather the lack of portability in insurance, which has a very different political solution. Finally, this statistic leaves out an assessment of which people are uninsured. About 12 of the 47 are already eligible for public programs such as SCHIP and Medicaid already, so attempts to extend coverage would not affect them. Another 17 million have household incomes over $50,000, the median household income for all Americans, which indicates that they – and some other, less affluent Americans – are uninsured by choice. Often, young, healthy people consciously choose not to insure themselves, outlandish as that seems to some. Part of this stems from the fact that State and Federal insurance regulations pool them with the sick and elderly, which tends to make the young and healthy pay disproportionately higher premiums relative to the benefits they receive, and thus encourages them to remain uninsured. When they do need care for catastrophic losses, they are able to pass their bills on to taxpayers.

Realizing that the number of uninsured Americans is not representative of the problem, some reformers choose to cite the number of under-insured. The only response is, by what standard are people underinsured? The purpose of insurance is to finance unpredictable, catastrophic loss. Insurance grew as a financial instrument due to international shipping, where captains and companies found it more profitable to share small profits from many ships instead of large profits from one ship. This allowed them to spread the risk inherent in seafaring and prevent any individual from financial catastrophe due to poor weather or piracy. Insurance is not meant to cover routine, inexpensive, or predictable expenses. Doing so simply means channeling money through an insurance provider, which uses some of that money to pay for its administrative overhead. That is a recipe for higher costs and reduced choice and competition in markets. If the objective is more affordable care, insurance should have high deductibles, and insurance coverage should be limited to treatments which are unpredictable and prohibitively expensive for individuals. Claiming that citizens are underinsured implicitly demands that they choose low-deductible, comprehensive plans, which in practice means they should waste resources by channeling money through insurance and regulatory regimes which increase cost and reduce choice.

Ultimately, the “health care crisis” is greatly over-exaggerated. While Democrats rush to pass health care legislation, the legislation itself takes effect in 2013 – a rather convenient time that would give Democrats the ability to claim they’ve “done something”, without anyone being able to observe any negative effects of their legislation until after the next Presidential election. If reform is so urgent, why wait so long to have it take effect? If not, why must the legislation be rushed instead of subjected to scrutiny and deliberation?

We took Berkeley’s temperature on health care, and here’s what they said. Vote for the opinion that you agree with the most on our October Patriot Poll! 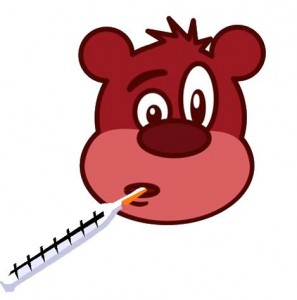 “Increase competition, but government as an option shouldn’t count,” Francesca.

“I think it needs to be reformed, but I don’t agree with the solution of increased government influence,” an anonymous Berkeley student.

“Whatever reform takes place has to pay close attention to the incentive structures that lead to innovation, in particular to the profit-motive, which has a track record of delivering the best product at the lowest cost,” Charlie.

“Right now, the status quo is unsustainable. We are the only industrial country which does not offer universal care, and we pay more for less. We pay twice the industrial world average, yet our life expectancy and infant mortality rates rank the worst among ‘high income’ OECD countries. Reform makes sense not only morally but also fiscally. The non-partisan Congressional Budget Office has called health spending ‘the single greatest challenge to balancing the federal budget,’ and it projects reform would actually lower costs over time. Reform has been endorsed by the American Medical Association, American Hospital Association, American Nurses Association, the pharmaceutical industry, and even Wal-Mart. From any reasonable perspective, it just makes sense,” Nik.

“If anyone can afford it, the United States can, and because we can, we have a moral obligation to do so,” Max.

“The first issue when discussing health care should not be about providing competition, the first should be the moral obligation of getting everyone health care,” Selome.

“I very strongly support the public option. It’s a moral issue, an economic issue, and a matter of job stability — so that Americans can feel more secure about not losing health care when moving jobs,” Mohit.