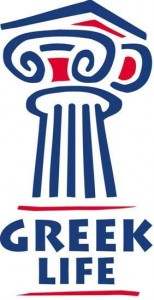 On January 19, Paul Ghysels and other Southside locals filed a class action lawsuit with attorney Louis Garcia against the members of the Interfraternity Council (IFC). The plethora of charges ranges from public drunkenness and distribution of alcohol to minors to littering in the street and noise disturbances. According to The Daily Cal, the suit seeks monetary damages, attorney fees, and hopes to add a required live-in supervisor in the fraternity chapter houses. Currently all sororities have “house mothers” to be guardians of the houses.

Ghysels lives in the heart of the Greek community on Durant, between a fraternity and cooperative housing. The house has been part of his wife’s family for generations, since before most fraternities and sororities founded their chapters at Cal. Previously, he has had a history with Panhellenic sorority Kappa Alpha Theta, as he would videotape their front door across the street for a documentary, but the chapter restricted his footage to the front sidewalk. This proved to be beneficial when there was a burglary at the house and the footage captured the culprits on tape last year.

While Garcia has said, “The behavior-assaulting people, breaking people’s phones, throwing rocks and bottles, public drunkenness-that’s mainly what (the lawsuit) seeks to (address),” some within the Greek community argue that this behavior is simply inevitable by living in such close proximity to the UC Berkeley campus. The Greek community also argues that the suit is attributing a variety of charges to all chapters in the system, rather than addressing specific problems within each individual chapter. One such example is Alpha Gamma Omega, a Christian fraternity that is part of IFC that is being sued for disorderly conduct, despite being an alcohol-free fraternity.

According to Grahaeme Hesp, Director of Fraternity and Sorority Life, he does “know that some fraternities have engaged in behaviors that have upset neighbors, and the University has worked extensively over the last few years to bring together fraternity members, neighbors, and others to address these issues; we will continue to do so.” He believes in the integrity of all varieties of fraternities as they “are engaged in activities that build leadership skills, foster strong lifelong friendships, and aid charitable organizations.” But Ghysels claims that campus, university and law enforcement officials have taken minimal action against the fraternities after his complaints and that community forums have not worked. With hours of video footage of the allegations, he said the legal avenue is the only way to go, and the general motive for the lawsuit is “to curb disturbances in the neighborhood.”

There are some members of the Greek community who have differing opinions on these allegations, though Hesp is not granting authorization for sorority or fraternity members to speak to any kind of media on the lawsuit, even Panhellenic President Katrina Ziegenhirt.

However, one sorority member who wishes to remain anonymous believes that “It is unfortunate that this man has formed such a negative opinion of the Greek community. I feel that he is targeting our community for activities that many non-Greeks participate in, while ignoring all of the time and money that Fraternities and Sororities give back to their larger college communities.”

While most members of sororities and fraternities generally seem outraged at the allegations and are turning a blind eye to their activities, fraternity member Anthony Wright does acknowledge that some of the complaints would be applicable towards individuals. However, he does stand by the general belief of the Greek community that IFC or any single fraternity is responsible for all of these charges.

Wright finds this suit to be questionable, as “many of his complaints are baseless or proof-less, and that he waited 30 years until a vast majority of officials have cited improved conditions to file a suit, compiled with his lack of involvement in continued attempts by his primary plaintiff, the Interfraternity Council, to improve community relations through the City Partners monthly meeting.” He further notes that many do not realize that noise standards vary across different communities (i.e., cities versus suburbs), and the population of Southside is competitive with the density of New York.

However, the Greek system as a whole is undergoing positive changes to benefit the community. Hesp has said that over the last couple years, IFC members have been working in partnership with Southside residents and the City of Berkeley for “an award-winning earthquake disaster preparedness program funded by the Department of Homeland Security and last year began a multi-year roll-out of a Neighborhood Watch program for the Southside in light of a crime wave of assaults against women located on Southside.”

According to Wright, who is community relations and life safety liaison for Campus Life and Leadership and a member of the Greek community, not all of the plaintiffs have been served yet. The next legal move will be to file a response to the case in court. If this case goes to trial, it has been speculated that the trial will take years to process and evaluate these allegations.