Students for Liberty’s inaugural semester in the fall of 2009 was a tremendous success. As founder and president of the club, I was satisfied by the fact that Students for Liberty in its first semester of existence at UC Berkeley managed to hold weekly meetings, three speaker events, a debate, and a successful social function. However, as winter break set in, I was nervous that such success would not last. I did not want our newly formed club to fade out, but rather to carry on with the same powerful energy that it was created on. I am happy to say that my wish was granted. Students for Liberty’s second semester has been even more exciting and eventful than its first. In addition to our weekly meetings, we are hosting four speaker events, a “Great Debate” with Cal Berkeley Democrats, and a legalize marijuana rally.

Our first speaker event was for Republican candidate John Dennis, who plans to run against Speaker of the House Nancy Pelosi for San Francisco’s 8th district congressional seat. Mr. Dennis considers himself a “liberty Republican,” that is, a libertarian candidate who believes that the Republican Party is the best channel to spread freedom. His speaker event, which was co-sponsored with Berkeley College Republicans, drew approximately forty attendants. In his speech, Mr. Dennis addressed what inspired him to run as a Republican in a notoriously liberal district, what he believes the future of the liberty movement is, and what we as young freedom fighters can do to energize the movement. On an interesting note, Mr. Dennis’s talk was being recorded by a reality television crew for a short documentary that will be broadcast on the Bay Area’s local Comcast network. Mr. Dennis was the biggest name our club had hosted up to that point, so I personally was quite nervous about the event’s success. Fortunately, at the end of the night I was able to sigh a breath of relief when Mr. Dennis shook my hand and told me he was impressed at the liberty movement in Berkeley.

In stark contrast to our first event, at our second speaker event we hosted one of San Francisco’s premier bisexual male sex workers, Starchild. The title of Starchild’s talk was “Our Bodies, Our Choices: the Struggle to Decriminalize Sex Work.” My fellow club members and I often pridefully joked about how only a libertarian club like our own could follow up a speaker event for a Republican congressional candidate with one for a male escort. I say “joke” because the situation is indubitably ironic. I say “pridefully joke” because as a libertarian organization, we are proud of the fact that we have a consistent view of freedom. After all, freedom is not something that one can pick and choose which liberties should be granted to which groups. True liberty is true liberty for all, and I believe hosting such a speaker as Starchild truly displays our organization’s nondiscriminatory perception of freedom, and its success proves just that. 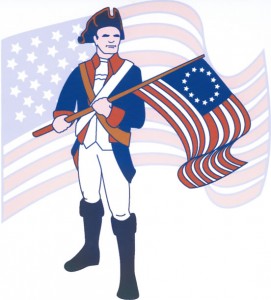 The event was the most popular one our club has had so far, drawing a crowd of over sixty. Starchild set a lovely atmosphere
by distributing candles and turning off the lights. Ceremonial drums were also beat by fellow students to set a peaceful mood. In his talk, Starchild addressed how he believes prostitution should be decriminalized given that at its very core, it is a voluntary exchange between two consenting individuals, as is every other legal business transaction. Furthermore, the criminalizing of sex workers is a massive burden to the tax payer and distracts law enforcement officers from addressing serious crimes that do not involve consenting individuals. Being that Starchild’s event was our most successful one to date, we plan to have him come back to speak to us in future semesters.

We also plan to host two more speaker events. Philip Berg, the Libertarian Party candidate who is also running against Nancy Pelosi for San Francsco’s 8th congressional district seat, will speak to our club about the most effective way the liberty movement can address society’s misconception about market forces in an event titled “Libertarians Against Capitalism.” Finally, our club’s final speaker event of the spring semester will be for Patri Friedman, the executive director of the Seasteading Institute and the grandson of Nobel Prize-winning economist Milton Friedman. Mr. Friedman’s talk is titled “The Blue Frontier.” In his lecture, Mr. Friedman will address his organization’s goal to build politically autonomous sea communities that encourage individualism and liberty. Mr. Friedman’s lecture will doubtlessly give audience members an unorthodox, innovative, and interesting view of the future of the liberty movement.

In addition to our four exciting speaker events, our club plans to participate in a “Great Debate” with Cal Berkeley Democrats, hosted by the Undergraduate Political Science Association (UPSA). Although our club participated in an informal debate last semester with Berkeley College Republicans, this debate will be unprecedented for us being that it should doubtlessly draw a bigger crowd being in a larger lecture hall and being endorsed by UPSA. This debate is sure to draw much attention to our club and hopefully establish ourselves as a political club comparable in prestige as both Cal Berkeley Democrats and Berkeley College Republicans. 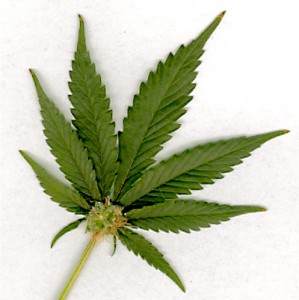 Finally, the grand finale of our second semester will be the Legalize Marijuana Rally & Brownie Sale that we plan to hold at the Mario Savio Steps of Sproul Plaza on April 20th (4/20) with Cal’s chapter of Students for a Sensible Drug Policy. At the rally, we plan to have several students from both of our organizations speak on different topics regarding marijuana, such as its legality, medicinal purposes, effect on crime, personal testimonials, et cetera. We hope to attract local political activists to also speak. Starchild, for instance, has officially confirmed that he will participate. With the combined forces of Students for Liberty and Students for a Sensible Drug Policy, this should be a great event, especially now that the national organization of Students for Liberty has graciously given our club a $200 grant for the event. This should prove to be a great finale for a great semester of fighting for freedom.

In short, the liberty movement is alive and well at Berkeley, and Students for Liberty will keep up its fight in future semesters, years, and hopefully even decades at Cal and its surrounding
community.