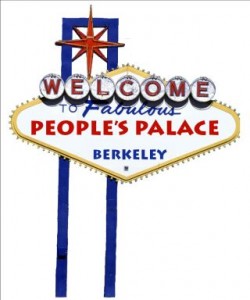 People’s Park is known for its history of radical political activism during the 1960s and 1970s, and has an important role in history as one of the central locations in the Free Speech Movement; however, the park today is not in any way something worth honoring. People’s Park today is little more than a dangerous, crime-ridden piece of turf bordering one of the most prestigious universities in the country.

The Unit 2 residential hall, Crossroads dining common, and American Baptist Seminary West are all adjacent to the park. People’s Park’s inhabitants, which include the homeless, the insane, drug abusers, pickpockets, muggers, and rapists, present a very real and very visible threat to the safety of the students who come here seeking education and the opportunities that come with it. Indeed, students commonly describe People’s Park as a “warzone” at night, and most consciously avoid it. Since People’s Park tarnishes the university’s image and recklessly endangers students and nearby Berkeley residents, I suggest the City of Berkeley consider redeveloping the land with an upscale shopping center, facilities that the community sorely lacks and would benefit considerably from.

The development, “People’s Palace,” would be capable of providing a pleasant, luxurious shopping and dining experience unique in Berkeley. Since People’s Park currently occupies 2.8 acres, the new mall would be comprised of four levels offering fine shops and restaurants. Due to its proximity to public parking and the university, it should produce minimal strain on the city’s parking and transportation infrastructure by enabling use of existing parking resources while still being close enough to be within walking distance for students. Nonetheless, with shops like D & G and Cartier, People’s Palace would attract Bay Area shoppers for an upscale shopping experience. The architecture of People’s Palace will follow the Greek architecture used in many University of California buildings; white, magnificent columns will connect each of the four floors – Athens, Acropolis, Parthenon, and Olympus – while a large, extravagant fountain of various Greek gods will greet shoppers at the entrance. With a luxurious layout like this, visitors will feel like gods or goddesses themselves.

The space will be enough to easily accommodate retail outlets suitable for the entire community. The young university population can be served by stores including Abercrombie & Fitch, Hollister, and Ruehl, giving students an opportunity to update their wardrobes from stores other than niche-market outlets like Telegraph’s Hot Topic or its ever present street vendors. There would also be space for more affluent shops such as Armani Exchange, Coach, and Banana Republic, as well as internationally acclaimed Swarovski crystals, trendy clothes by Dolce & Gabbana, and Cartier jewelry. A Barnes & Noble spanning all four floors can meet the need for competitors to Ned’s and the ASUC bookstore, as well as provide a nice study area and café, while an Apple store can meet many students’ computing needs. As for dining options, People’s Palace will offer restaurants that will put Berkeley’s current meager offerings to shame, offering favorites such as Cheesecake Factory, Pasta Pomodoro, and Benihana, with the likes of Häagen-Dazs for dessert.

While such a plush shopping center would be a novel and unexpected addition to Berkeley’s otherwise drab amenities, it has great potential for revitalizing the community. Though few students will purchase anything from a Dolce & Gabbana boutique, there is still an untapped market that will. Students themselves will have access to more youth oriented stores, which will bring a significant amount of wealth into the city. With its Greek theme, it will present the noble culture of ancient Athens, in stark contrast to the violence and discord in the current state of affairs. It will increase public safety and prosperity by bringing law and commerce onto the blighted grounds of People’s Park. And, by bringing in high-value businesses, it has the potential to bring jobs into the community, especially for hard-working and financially burdened students. 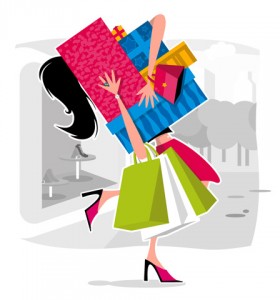 Although the costs of People’s Palace will be high, its benefits will show themselves in time. The most important is certainly the revitalization of the dangerous People’s Park, and the removal of its current occupants to appropriate shelters, health centers, or prisons. It will bring wealth and jobs into the community, which is especially important in tough economic times and when students are burdened by high college debts. It will provide a clean, safe, and fun hangout place for students who will not be threatened or harassed by muggers and beggars. It will present a shining, chic setting that will glow amidst the dreariness of Berkeley and honors the university. But aside from all these advantages, People’s Palace will most importantly put right the current problem of People’s Park. It will extinguish the danger harbored in a place that no longer reflects historical significance, but rather has become a sanctuary for illegal, inappropriate, and unsafe activities.