The upcoming election for Barbara Boxer’s US Senate seat has caused a great amount of infighting within the Republican Party, the latest of which is blatantly clear with Carly Fiorina’s “Demon Sheep” advertisement. Fiorina’s campaign recently released an absurd ad that depicts Tom Campbell as a demonic wolf in sheep’s clothing, complete with melodramatic narration and glowing red eyes. Fiorina attacks Campbell by claiming he is responsible for California’s budgetary crisis, in favor of increasing the gas tax and taxing internet sales, and critical of the Bush tax cuts. The ad concludes that Campbell is a “FCINO” (Fiscal Conservative in Name Only), in a bad adaptation of the acronym “RINO” (Republican in Name Only). 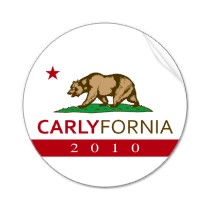 All implications and interpretations of the demon sheep ad aside, let us first look at the facts. Fiorina’s campaign makes largely false accusations about Campbell’s economic and political positions on several issues. This ad claims Campbell supports a tax increase on gasoline, and taxing internet commerce, which would only worsen the economic situation in California. Neither of these accusations turns out to be true, according to Campbell’s statements and third-party news sources. At the same time, Fiorina claims she has “for years, fought against Internet taxation,” yet in June of 2000, while CEO of HP, Fiorina stated, “…bring our taxation system into the modern age so that we can tax – in a fair way – both online and offline transactions.” Campbell’s campaign has retorted the content of Fiorina’s ad by saying “FCINO” should stand for “Fact Checking is Not Optional.”

One might wonder: what is the point of this ad? Surely Carly Fiorina wants to give herself the best chance of taking Boxer’s Senate seat, but at what cost? The point of Fiorina’s political advertising should be to make herself look good, not simply make Campbell look bad. The viewer has no idea who this ad is in favor of until about 3 minutes in, and even at that point, the narrator never vocalizes Fiorina’s name. The only way a person who has never seen a picture of Fiorina would know it is from her campaign is at the very end, when text reads, “Paid for by Carly for California.” If anything, the advertisement does more damage to the Republican candidates than it does good. All Carly Fiorina man-aged to do with this bizarre ad is make Republicans look bad with petty name-calling and melodramatic music and narration. What is an animation of a sheep being knocked off a pedestal by lightening really supposed to imply? Are Republicans simply a flock of white sheep with no diversity of thought or character? Obviously we know better, but Fiorina’s demon sheep ad makes dangerous implications about the Republican Party to the center, “swing voters” for this upcoming election. The bottom line is only one Republican will win the primaries and be up against Barbara Boxer, who has held her seat for over 20 years now. It is important that the Republican candidates don’t hurt each other, or the party, so much now that the Republican nominated won’t have a chance against Boxer.