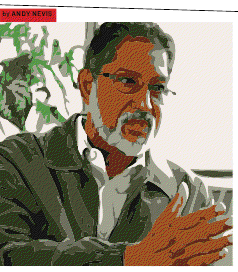 When touring campus, potential Cal students are inevitably told about the virtues of the ASUC, ostensibly the sole remaining autonomous student government in all the land. This used to be true. Up until 1997, the ASUC and all of its functions were controlled by elected student leaders. However, there was a small problem: turns out college kids, especially super liberal ideological ones, couldn’t manage finances properly. So the university and ASUC got together to form the ASUC Auxillary to manage most business responsibilities of the ASUC. Basically, their job is to be the grownups in the room.

For the past five years, Dr. Nad Permaul has done a fantastic job as director of the Auxillary. Nad is a true Golden Bear – he attended Cal as an undergraduate and PhD student, was president of the alumni association, and is now a political science faculty member. During his tenure as director, he has never failed to put the best interests of the student body first and stand up to the “loud minority” of campus leftists who often try to disrupt meaningful progress. He was instrumental in the revitalization of the Bear’s Lair Food Court, the retrofit of the Student Union, and most recently the adoption of a new beverage contract with Pepsi that will result in thousands of dollars for the campus (despite calls that a ridiculous ban on bottled water be included in the contract). Even when we disagreed with him, such as during the 2010 BEARS initiative fee hike campaign, it was always apparent that Nad had the best interests of the university at heart.

Dr. Permaul retired from the Auxillary on September 1st. He will continue to teach political science, but his presence in the ASUC will be missed. We can only hope the next director follows in his footsteps. ■