The debt ceiling and downgrade debacle evidenced the dysfunctional nature of our national politics. It also revealed that

That the debt ceiling issue was manufactured is an indisputable fact. The ceiling should have been raised as a matter of course, as it has been so often in the past. Budget deficits and long term fiscal problems could have been handled without creating a crisis. Yet the far right of the GOP tried to wring long-term fiscal concessions from Obama as the price of raising the debt ceiling, and brought the United States to the brink of default. The result was the loss of America’s AAA rated status as a borrower. It may even be that the modest economic recovery ground to a halt in part because of the unnecessary crisis and the fear it caused. Had more Republicans been willing to compromise, there would have been no crisis. 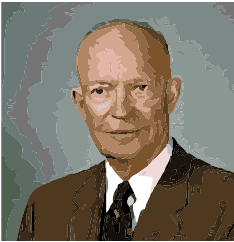 The spirit of compromise is an essential pillar for any sound ideological construct. The Tea Party’s brand of fiscal conservatism all too often lacks it. The Constitution is the product of compromise. Our political process, with its federalism, bicameral legislature, and three branches, requires an abundance of compromise to function optimally. President Eisenhower, in Waging Peace, the second volume of his political memoirs, observed that the right people can make a bad system (political or otherwise) work well, and that the wrong people can make a great system appear broken down. The latter, it would appear, is the case in Washington right now because the spirit of compromise is conspicuously absent.

Fiscal conservatives must be willing to compromise on the issue of taxes if our nation is to remain solvent over time. In discussions of long term deficit and debt reduction Democrats have expressed a willingness to see cuts to America’s welfare state. Republicans should evince a similar willingness to see modest tax increases. This has not happened, and it needs to happen. Ronald Reagan’s budget director, David Stockman, astutely observed in a 60 minutes interview that tax cutting has become “gospel, something that is embedded in the catechism.” He asserted that Republicans calling for tax cuts in the face of huge deficits were guilty of “rank demagoguery.”

Were President Eisenhower still alive, he would probably agree with Stockman’s assessment. When he took office in 1953, fellow Republicans pressured him to cut taxes. He refused on the grounds that the deficit he inherited from President Truman was too big, that balancing budgets were more important than cutting taxes. This principled position enabled President Eisenhower, at the height of the Cold War, to balance three budgets and substantially reduce the 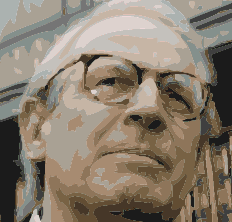 nation’s debt to GDP ratio. He was a true fiscal conservative, an example from which today’s Republicans ought to learn. Balancing budgets is, or should be, a higher priority than cutting taxes. Any substantive deal on entitlement reform will require tax increases to accompany spending cuts. We should be willing to accept them as necessary for the national good, even if we find them objectionable.

I fear that a spirit of extremism has infected parts of the Republican Party. Tax increases will not bring about the end of the world or (provided that they are not too large) the destruction of our way of life. Sometimes, unfortunately, they are necessary to accomplish a greater good. Oliver Wendell Holmes famously said that “taxes are what we pay for a civilized society.” Our nation’s fiscal health requires that they be higher than we prefer. To be a true fiscal conservative is to recognize this fact and the absolute necessity of compromise. ■

One thought on “To Be a True Fiscal Conservative”