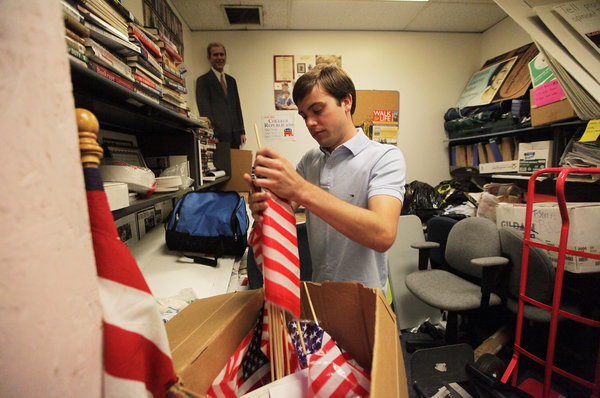 Setting prices for baked goods based on race is blatantly discriminatory—in the same way that using race to judge college applicants would be discriminatory.  The Berkeley College Republicans oppose any policy that treats one racial group different from another.  Some people would call ‘treating one ethnic group different from another’ racist, and we agree with that position.  Any system or policy that judges you a certain way because of the color of your skin is discriminatory, and BCR is not okay with that.

California Senate Bill 185, which was passed by the state legislature and now awaits Governor Jerry Brown’s approval or veto, does exactly this.  It would “authorize the University of California and the California State University to consider race, gender, ethnicity, and national origin, along with other relevant factors, in undergraduate and graduate admissions”.  The bill provides no language in explaining how these factors would be considered, much less what ‘other relevant factors’ would be considered.  The vagueness of the bill opens a wide door for abuse and very little accountability.

Further, SB 185 does nothing to connect any of this information to the actual socioeconomic status of a college applicant.  As the bill is written, public universities would be authorized to use race alone as a factor in the admissions process, but certainly the color of one’s skin is not the only factor contributing to one’s opportunity or access to higher education.  Socioeconomic status is a fundamental component of the debate of equity and inclusion on our college campuses, but this bill fails to include it.  Race should not be used as a proxy for socioeconomic status.

But why hold such a controversial bake sale?  In fact, these such bake sales have been done before, so what’s the point?  Our “Increase Diversity Bake Sale” is in direct response to the ASUC’s sponsoring of a phone bank, which will make calls urging Governor Brown to sign the bill into law.  When the ASUC decided to not only take a position on policy, but also sponsor a phone bank without ever reaching out to members of the Cal Community who may have another view—the Berkeley College Republicans had to let another voice be heard.  This phone bank intends to send the message to Gov. Brown that ‘all UC Berkeley students support SB 185’ but that message is not true.

Our bake sale is intended to be at the same time and location as the ASUC-sponsored phone bank in order to demonstrate a physical counterpoint to the supporters of SB 185.  The decision to hold the bake sale was certainly to stir emotions in students and hopefully make them think more critically about a policy that judges students based on their race.  It is also important to note that the event was unanimously supported by the BCR board, which includes Hispanic, Chinese, and Taiwanese representation, with over half of the board being female.  The notion that this event was planned by a bunch of insensitive white guys is harshly inaccurate, and draws on false, negative stereotypes about Republicans. 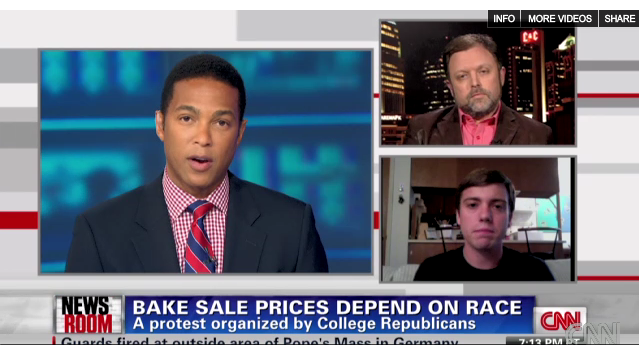 Some members of the campus community have been outraged by our event, as they should be!  Treating people differently because of the color of their skin is unquestionably wrong, and that’s how we hope people react to the satirical bake sale, along with SB 185.  The point is that considering race in university admissions does exactly that—it treats people differently because of their race.

The strongest reactions have been targeted at the satirical pricing structure specifically, arguing that, for example, ‘a Black student is worth more than $0.75 for a cupcake’ and we couldn’t agree more.  We see the implementation of any race-based admission policy to have a negative impact on any underrepresented ethnic group because of the stigma it would create toward members of those groups.  I know that every single Hispanic, Asian, African American, or any other student here at Cal has rightfully earned their place for having an incredible mind and strong work ethic.  Race-based admissions should have no place in taking that credit away from underrepresented communities on our college campuses.

So far, the Facebook event page has a little over 200 attending in support of the bake sale, and the event will go on as planned.  The reaction on the Facebook event has been mixed, with a lot of opposition, but with some strong support as well.  Both implicit and expressed threats have been made against the creators and supporters of the event.  “Don’t make me show up to your porch with a spiked bat” and “I’ll remember your face on campus, son” were posted on the Facebook event, for example.  However, BCR does not believe threats or intimidation should stop free speech.