Exclusive photo of the volunteers meeting held the night before the Bake Sale to ensure full understanding of what was to happen the next day.

Say what you will about the propriety of the Berkeley College Republicans’ “Increase Diversity Bake Sale,” it did wonders for actually creating a dialogue on this politically monochrome campus.  The volunteers running the event were constantly interrupted in their duties by passersby who wanted to know more about the bake sale, the legislation the College Republicans were protesting, and affirmative action.  And then I got a question every politician loathes: “Who stands to benefit if you don’t get your way, and why?”

It’s a worthy question for an era in which the public is told the sky will fall if some politician’s pet project doesn’t get implemented.  During the frenzy of bailouts in the past few years, the importance of “too big to fail” institutions was hyped up, and the losers were taxpayers and smaller businesses that didn’t have the political connections to cover the losses on their bad investments.

When it comes to racial preferences for employment or education, though, we find that the policies will simultaneously achieve their objectives while making everyone – even the supposed beneficiaries of the policy – worse off.

The objective of racial preferences is to increase the (ethnic) diversity of an institution.  There’s no question that racial preferences achieve this objective.  This is basic economics: when the barriers to something decrease, we see more of it; when barriers increase, we see less.  Indeed, when California’s Proposition 209 passed in 1996, the University of California had to increase the standards by which minority applicants were judged, and predictably, fewer were accepted.  The objective of SB 185, which was designed to test the limits of Prop 209, was to artificially lower the barriers to minority enrollment, thereby increasing it.  It remains to be seen if that is in fact desirable.  A personal anecdote:

During the 1970’s, Cornell University was hunting desperately for female engineering students to meet their quota.  My mother, meanwhile, was anxious to get out of her high school, which was not serving her well.  She graduated high school early, and thanks to Cornell’s affirmative action program, obtained a full scholarship.  Indeed, she got precisely the opportunity advocates of affirmative action point to: access to a top-tier university that would have otherwise been beyond her means.  But, having graduated early, she had no coursework in calculus, physics, or chemistry.  She went from the top of her high school class to the bottom of her college engineering class.  She would drop out of engineering and switch to English – and for perspective, the New York Times was at the time writing extensively on how the Cornell English Department was the worst in the country.  Did Cornell do her a favor?  All signs point to no.  She had to forego many opportunities to take advantage of the one Cornell offered her: the (admittedly limited) math and science curriculum of her high school, potential work experience, and the time she wasted struggling – and ultimately failing – in her coursework.  Any of these would have served her better than Cornell did. 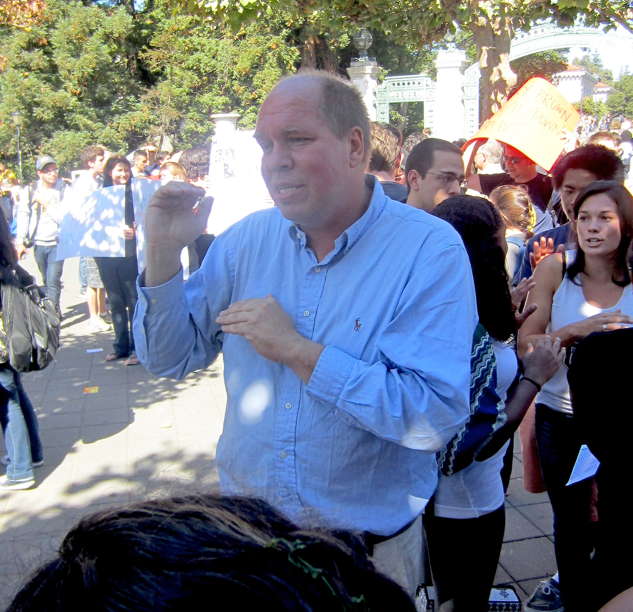 Berkeley professor teaching Entrepreneurship of Engineering describes to a crowd the ways in which affirmative action has a negative impact on society.

My mother’s case is not unique: every time the standards for an “underrepresented” group are lowered, dropout rates for that group also increase, and students also tend to shift away from technical degrees that offer an opportunity to escape poverty – such as finance, engineering, law, and medicine – and into majors that offer income potentials not much above a high school diploma. Thus minority students are encouraged to drown themselves in debt to obtain credentials with negligible earnings potential, perpetuating the “cycle of poverty” affirmative action supporters point to as justifications for their policy preferences.

Equal opportunity is so much more than just a system that throws the “right” demographics into the degree mill, because opportunity is not just being in the right place, but having the preparation to take advantage of it.  And that’s the great risk of adding non-objective preferences to the hiring or admissions criteria of institutions: because the bar is necessarily lowered for these applicants, these policies have the effect of putting the people who need and deserve the most help in a position to fail.     If we wish to end the cycle of poverty, we need to stop trying to tinker around the edges at the level of college admissions and permitting unprepared students to attend university.  Opportunity doesn’t come from disregarding candidates’ lack of preparation.  Instead, we should be focusing our attention on how to give those students the preparation they need to succeed.  This could take the form of devoting more attention to K-12 education, or incorporating the trades into secondary school curriculum.  Given that State education is failing so many low-income and minority students, this could extend to a voucher program to separate the funding of schools from their administration.  It could even take the form of efforts to reduce crime rates and reduce the barriers to employment for those convicted of crimes, so that the children of former criminals have access to more educational resources on their way to higher education.  But the poor will never escape their plight if, acting with the best of intentions, we set them up for the fall.

One thought on “Opportunity is not Being in the Right Place, but Having the Preparation to Take Advantage of It.”