How Britain Sacrificed its Freedom for Security

Although we Americans sometimes like to think of our nation as the fount of freedom and democracy, formed at a time when most of the world lived in tyranny, the United Kingdom is in many ways the birthplace of the modern democratic state.  Great Britain was the home of John Locke and a refuge for both Voltaire and Jean-Jacques Rousseau, and the British Parliamentary system has been adopted in some form on every inhabited continent.  Indeed, liberty has long been considered a central tenet of what it means to be British, with the patriotic song “Rule, Britannia!” declaring in every stanza that “Britons never shall be slaves.” 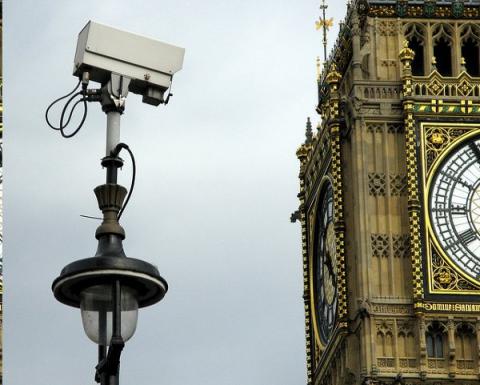 Given Britain’s historic role as a bastion of freedom, it is all the more chilling to examine the degree to which the British people have been forced to surrender their freedoms in the last decade and a half, lost to a power hungry government bent on expanding its influence.  Under the guise of fighting piracy, British courts set a precedent two years ago allowing Internet censorship by court order.  Just last year, Internet service providers were forced by the high court to block a number of websites including the provocatively named Pirate Bay, a torrent search engine, from all UK viewers.  Although only sites that facilitate file sharing have been targeted thus far, British courts are in no way constrained in what websites may be blocked, opening the door to wider Internet censorship in the future.

In fact, the creation of a robust system for censorship appears to be a bipartisan goal of the British government.  Labour and Conservative MPs alike have pushed for a blacklist of undesirable websites, and Conservative Prime Minister David Cameron himself expressed his desire to crack down on the usage of social media as a result of its role in the 2011 London riots.  What is extraordinary is how similar these proposed measures are to those implemented by some of the most repressive regimes in the world.  Cameron’s conclusions about social media in the face of protests and riots closely mirror those of leaders in Tehran, Damascus and Beijing after the Arab Spring, and a British Internet black-list would be functionally identical to the much-criticized “Great Firewall of China.”

Sadly, censorship is only the first of many similarities between the once-free British nation and a totalitarian regime like communist China.  According to Privacy International, a non-profit government watchdog, Britain ties with Singapore as the fourth most surveillance heavy nation, trailing only China, Malaysia and Russia, who tie for first.  Capitalizing on the public’s fear of terrorism, the British government has put together a surveillance apparatus that is arguably more extensive than that in George Orwell’s dystopian novel Nineteen Eighty-Four.  In 2002, the British state gained the power to browse private e-mails and phone records without warrant, and it was reported that by 2006, there existed one government surveillance camera for every fourteen people.  By 2009, some reports showed that Britain had actually surpassed China in total surveillance cameras by over 50%.  The changes since then read like an Orwellian nightmare: the British government now tracks the movements of its citizens through automatic license plate scanners on the sides of roads, the identities of protestors are now stored in criminal databases, and a current government initiative, the Communications Capabilities Development Programme, is actively building a database of all private communications and internet browsing records.   Thirty years ago, Prime Minister Margaret Thatcher stated that it was unthinkable “that a common or garden dictator should rule over the Queen’s subjects,” yet today her successors have put together an apparatus of repression that those dictators could only have dreamed of possessing.

Finally, there is no finer example of the extent of the abuse of power perpetrated by British authorities than in their almost comical fear of an armed populace.  Having largely eviscerated private firearm ownership by 1997, British politicians were shocked to find that crime had not magically disappeared.  Rather than reassessing their policies or examining academic studies, they promptly launched a witch hunt over nebulously defined “offensive weapons,” which ranged from kitchen knives to swords and baseball bats.  The sheer absurdity of these laws can be seen in a number of cases, such as that of 61 year old Rodney Knowles who was charged in 2010 for possession of an “offensive weapon,” a Swiss Army knife he used for picnics.  In another case, television presenter and model Myleene Klass warded off several home intruders with a kitchen knife only to receive a stern police warning for illegally brandishing an “offensive weapon” in defense of her own home.  In addition to their bewildering nature, these laws have encouraged extraordinary abuses of police power.  In London and other metropolitan areas, the police have taken to arbitrarily searching pedestrians and vehicles without warrant.  In Scotland, authorities have gone one step further by monitoring forums and other social media in search of photos of knives and other “offensive weapons,” that are taken in public, which are grounds for an arrest.  Even more extraordinarily, the police have taken to visiting the homes of those whose photos show no evidence of law breaking at all in an effort to intimidate and harass law-abiding citizens with the audacity to photograph a Swiss Army knife.

Britain is one of our closest allies, a nation connected to ours by both culture and history, and frighteningly, the United States is headed down the same bipartisan path of curtailing personal liberties.  The Bush-era Patriot Act was renewed last year by President Obama and the federal government has declared it legal to assassinate American citizens abroad without trial.  In the past year, legislators have tried to pass Internet censorship laws similar to those of Britain in the form of SOPA, PIPA, and CISPA.  And only a month ago, Senator Feinstein led the charge in successfully extending the Bush administration’s warrantless wiretapping program.  Indeed, the United States only just beats Britain in freedom from surveillance, tying with Thailand and Taiwan for sixth place.  If we are to keep our freedom, we must realize just how fragile our liberties are, and resolve to never surrender them to the tyranny of government. We must fight at every step.  Britannia may be lost, but God-willing, Americans never shall be slaves.