This past month, San Francisco Representative and former Speaker of the House Nancy Pelosi delivered the commencement address at UC Berkeley. In her speech, the Democratic House Leader touched on all of the necessary points of a proper commencement address: espousing the value of public engagement and a commitment to public service; references to past historical events and figures, including Brown v. Board of Education, Berkeley’s Free Speech Movement, and John F. Kennedy; and finally, on the importance of being “disruptors” in today’s society. Pelosi certainly cannot be faulted for her lofty rhetoric and idealistic platitudes (after all, what are commencement addresses for?). Within that rhetoric, she made some fine points. 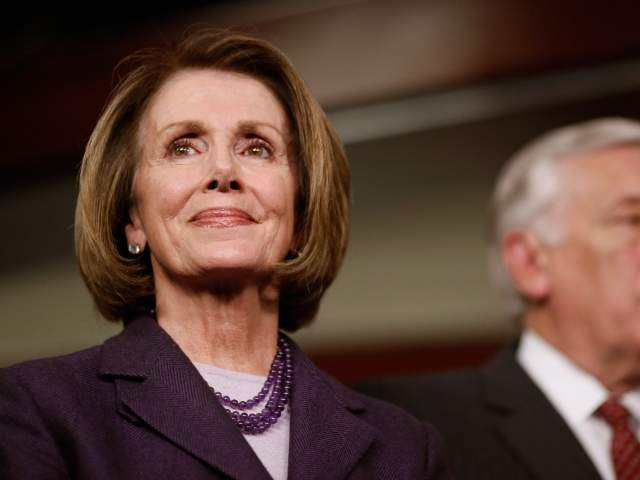 Eyes cast upon the ivory tower…

Unfortunately, Pelosi has not always put into practice those things which she commends the newly-minted Cal graduates to do. Despite her high praise for “disruptors,” Pelosi and her party have done little and less to assist those who actually upset up the economic status quo. Whether it is advocating for higher taxes, pushing through the crushing regulatory burden of Obamacare, or vilifying those who seek to profit from their entrepreneurship and hard work, Pelosi and her fellow Democrats have made economic disruption as difficult as possible—all the while claiming to act out of a sense of “fairness.” They have sought to implement policies that distort the labor market, place large regulatory and financial hurdles to small businesses, and redistribute wealth. This has done nothing but slow down “disruption” and stunt economic growth everywhere—something that those who leave Berkeley looking for a job will be soon be acutely aware of.
Pelosi also touched on the importance of free speech, and its role in pushing for positive social and political change. But it was painfully clear from her sharp criticism of the Supreme Court’s recent free speech decisions, including Citizens United, that she tows the Democratic Party line: any method or form of speech beyond shouting in the town square—or Sproul Plaza, as the case may be—must be regulated by those in power. Such carefully controlled speech, whatever it is, cannot be considered “free.” The idea that if money is used to disseminate speech, then that speech is somehow invalid, and therefore subject to government censorship, is absurd.
Much of the rest of her speech seemed to play like a broken recording of Democratic Party talking points—climate change, income inequality, and gun control all made an appearance. Perhaps it is time for some new ideas to take hold on the American Left, ideas that do not always lead to the same tired conclusions of more money and more government. The Democratic Party needs some “disruptors” of its own. While it certainly had its fair share of flowery language and oft-repeated clichés, of tired tropes and worn-out notions, Nancy Pelosi’s commencement address did contain the seed of a very important idea. Hopefully, even if Pelosi and her fellow Democrats fail to recognize this, UC Berkeley’s class of 2014 will.